What is the Vishudha Chakra? How does the Throat Chakra work?
General idea of Vishuddha Chakra

Yogis and the maestros of spiritual realm proclaim that neck, near the spine region, is the exact location of this Vishudha Chakra. White color is the symbol of purity and this chakra is also illustrated as white in color.

So, purity is the main merit of this chakra. This chakra contain the word ‘Ham’ in the centre while sixteen other petal have covers this chakra. Modern word knows this chakra as “Carotid plexus”.

What does this chakra represent to?

This chakra is situated in a place where the source of voice is available. Therefore, this chakra represents the love, the unity and the harmony through the means of generous voice.

The Vishudha chakra is mean to collaboration with entire world. Vishudha means purity, a man becomes pure when he comes close to this plexus by right meditation. Some of the letters on the petals manifest sorcery hymns and rests of petals suggest musical tones.

Overall, the manifestation of this chakra is to carry a man towards the glory of Godlike by purity, humanity and unified thoughts. 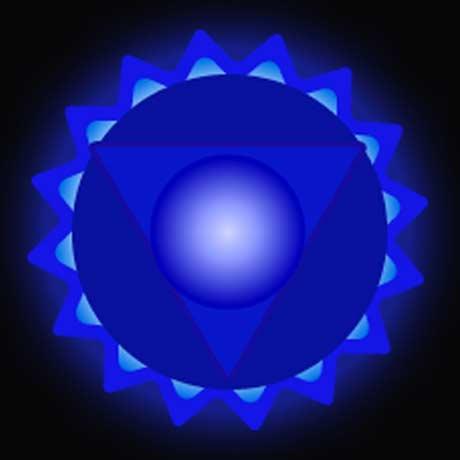 Many people loose their vital power as they are used to talk more without thinking, when this chakra is concentrated and the chakra started to awaken,  a man becomes wise and every words come out of his throat makes a significance influence into others heart because the thoughts and words are curbed by the light of this chakra.

The high level of humanity concerns comes in the mind of such knowledgeable person. A man automatically avoids lying, excessive talking and swearing which are dangerous to the right centre.

That is why, when a person whose Vishudha chakra is awakened speaks, he speaks for the appraisal not for criticism.

The entire world looks to him as his own reflection. There are many physical benefits of this Vishdha Chakra which can not be envisaged in some words.

A unique spiritual benefit that is being brought out by the awakening of this chakra is the power of detachment. How attachment discourages a man can be seen in everyday’s life, a man with just little trauma of life afraid and become helpless.

When the Vishudha Chakra awakens, the man thinks himself far away from the disgusts imposes on him; he just looks as a matter.

So, he never attaches with anything and gets the joy and courage.