Swadhisthan chakra is the second station of the spiritual journey. After awakening of Muladhar, the centre focus of yogis is pulled on this Swadhistha chakra. Just two inches above the muladhar has been described in yogic scriptures as the right location of this Swadhisthan.

There are many yogis who by lots of practices experienced and awakened this chakra. They are all in one voice in description of the look of this chakra.

They firmly explain that this chakra is like a yellow circle like fire which rotating persistently and it has six petals which manifest the human nature’s features like pity, love, dilemma, wrath, destructiveness and unbelief.

Vam is said as the sacred utterance for this chakra which represents the God of nurturing the entire universe.

Swadhisthan is the source of unlimited power. As already mentioned, every human being has been allotted with multiple strength of mind, but those powers are in unconscious state and that has been governed by Swadhisthan Chakra.

The silent emotions and unexpected dreams that we experience always are the reflection of that unconscious mind. 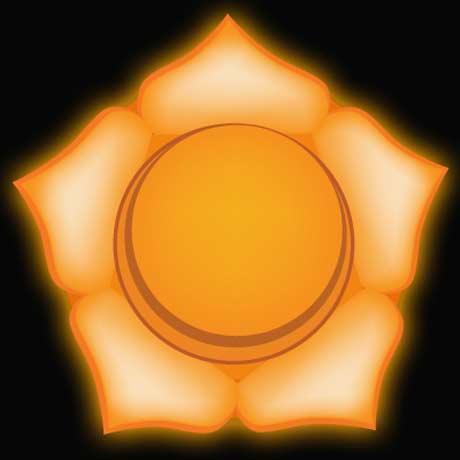 Means of Awakening the Swadhisthan

The process of awakening these powers or chakras is called Kundalini Yoga. In Kundalini Yoga lots meditation, asanas, pranayam and Bandhas (contractions) are mentioned. There are lots of Yogis who claimed they have awakened this chakra.

When this chakra is awakened through right practices, one feels immense source of energy generating in the body.

The attachment in futile things is controlled by the rise of this Swadhisthana chakra. The real nature of human kind is released.

Love, calmness, trust, creativity, detachment are the real virtues of human kind. But by the curtain of ignorance a man can never reach to these simple and original natures.

But when the swadhisthan chakra is awakened, the darkness and curtain of ignorance is vanished with the light of this chakra and man starts to experience these virtues.

This hormone plays an important role in managing sexual behaviors. When the sex behavior is controlled an energy which is wasted in such futile things transformed into Ojas.

So, Swadhisthan chakra has all the resources to make a man deity like.